Guinea pigs are social animals that live in groups. Then why are male guinea pigs fighting drawing blood? In the wild, they live in burrows underground, but in captivity, they can live in a variety of housing arrangements.

Male guinea pigs are territorial and will often fight for dominance and to attract females. While they are typically not harmful to humans, they can sometimes draw blood during these fights.

As responsible guinea pig owners, it is important to understand when and why male guinea pigs fight.

Male guinea pigs fight for two primary reasons: to assert dominance over other males and to attract females. In the wild, the dominant male will mate with the females in the group, while the subordinate males are left out. This ensures that the dominant male’s genes are passed on to the next generation.

When two male guinea pigs meet, they will first size each other up. If they are equal in size and strength, they will chest-bump and shake their heads at each other.

This is known as posturing, and it’s their way of trying to intimidate the other without resorting to violence. If one of the males backs down, he is submitting to the dominance of the other.

If posturing doesn’t work, the two males will start to fight. They will bite and claw at each other until one of them decides he’s had enough and runs away.

The victor will then chase the loser around and try to mount him. Mounting is a way of establishing dominance, and it often leads to the two males becoming friends.

How to Spot the Signs of a Fight?

It is important to be able to recognize the signs of a serious fight so that you can intervene if necessary.

Some of the signs that a male guinea pig is fighting include:

If you see any of these signs, it is important to separate the fighting animals so that they can cool down. In some cases, it may be necessary to consult with a veterinarian to help resolve the issue.

What to do if Your Guinea Pigs do Start Fighting?

It’s important to take steps to break up the fight and prevent it from happening again in the future.

Here are a few things you can do if your guinea pigs start fighting:

Read More: Is A Guinea Pig Or A Hamster Better? | 7 Factors to Consider

1. What To Do If Your Guinea Pig Is Bleeding From A Fight?

If your guinea pig is bleeding from a fight, it is important to take immediate action. First, remove any other guinea pigs from the cage and isolate the injured guinea pig.

Apply pressure to the wound with a clean cloth or bandage. In heavy bleeding cases, you should seek medical attention from a veterinarian. Once the bleeding has stopped, you will need to clean the wound and apply a topical antibiotic.

There are frequently two or three days of fighting between two or three guinea pigs. However, establishing a hierarchy may take longer than expected, but once it is in place their behavior will return to normal.

3. Why Are My Male Guinea Pigs Fighting All Of A Sudden?

Due to a lack of space, an inappropriate pairing, a sick or wounded animal, or boredom, conflicts are common in cages. Fights may be avoided by providing plenty of things to do in their cage, as well as ensuring sure the cage is large enough.

4. Will Male Guinea Pigs Fight To The Death?

Aggression in guinea pigs may strike out of nowhere, and two cavies could go from loving and docile to battling for their lives in a flash. Astonishing and a little frightening. A fight might lead to serious injury if you do not react promptly.

Guinea pigs are loving and social. They like other guinea pigs and humans, although sometimes they fight. Understanding the cause of the conflict and taking measures to resolve it is the best approach.

If fighting does occur, you should seek veterinary attention for your guinea pigs as soon as possible. 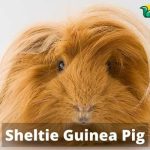