Guinea pigs are known in America as gentle-natured, adorable-looking ideal pets. They are usually of small size and very easy to handle. But cuy guinea pigs are quite different from these aspects, both in appearance and reason of breeding.

Cuy guinea pigs are domesticated animals originating from South America. They are larger than the normal-sized guinea pigs, as they are used as livestock for many traditional food items in those regions. They are also kept as pets in South America.

Apart from that, cuy guinea pigs are also used for scientific experiments and medical purposes. They are a staple food in South America, and now some people in North America also eat Cuy-based food items.

Cuy guinea pig has more potential or usage than just being pets. Let’s learn more about them.

Unlike other guinea pigs, the cuy guinea pig was domesticated by indigenous people in the Andes to use as meat. It’s quite a common scenario in South American food items to have cuy guinea pigs.

It has been said, based on research, that although these guineas are of Cavia species, like normal American guinea pigs, they were not originally a part of the wild. They were bred and domesticated a very long while ago to be used as livestock.

Although they have likewise features to other guinea pigs, their large size comes off as a bit weird to American people. This is quite obvious as they are not quite accustomed to the size of these guineas.

But keeping cuy guinea pigs as a pet is common in South America. Though, handling them is not easy. So if you want to keep these special guineas as pets, knowing more about them will surely help you out on your quest.

Speaking of different species of guinea pigs, you may get interested to learn about Rex Guinea Pig | Facts, History, Health Problems, and Everything

Almost all guinea pigs are known to be calm and shy. They have different types of fur on their body based on different species. They are cute and adorable with their small feet, ears, and nose.

But since cuy guinea pigs are domesticated and quite big in size it may be a bit hard to handle them. They would definitely need more socializing with their own kind and more food than an average guinea pig.

They drink water. You can feed them like any other rodents. There won’t be issues regarding their foods, at least.

Cuy guinea pigs is for meat. So they need to be taken care of differently and more cautiously. They often get raised on big farms in Peru and Ecuador.

Guinea pigs typically get pregnant at 4-5 weeks old. But cuy males and females are separated on farms and get to mate at 8 weeks old. Childbirth typically happens after 2 months and on average there are 2 to 4 guinea piglets per litter.

The kids are kept separated for 1 month from other guineas and then raised together away from their parents. They are raised in big cages on farms. You can keep up to 15 guineas in a cage, depending on their size.

They are fed with different types of vegetables, weeds, twigs grass, and water. They are also fed artificial raw food and nutrition-added food items. After this step, they are ready for processing as meat.

Apart from other things, it’s also important to know What Is The Perfect Temperature for Guinea Pigs? This is also going to help in taking care of them.

Cuy guinea pigs are a highly celebrated food item in South America. Although in North America they were adored much after getting introduced by merchants, they are not that apparent on plates, yet.

Back in South America, cuy guinea pigs are grilled, fried, and roasted. They have a traditional way of cooking which is quite unique and requires special skill and patience.

They put potatoes in the first layer of special stones, then goes meat items like pig, chicken, lamb and often cuy guinea pigs in the next layer, and then sweet items like different fruits go on top. This way of cooking is called Pachamanca.

There’s also a festival held in the town of  Churin in memory of folk saints. The festival is known as “jaca tsariy.” Townsmen decorate their animals in different shades of color and eat Cuy meat as a form of celebration.

There’s also a painting in the historic cathedral in Cusco, Peru. It’s called Last Supper, made by Marcos Zapata in 1753. In this unique and mysterious picture, Jesus is seen to have supper with his 12 disciples with bread and wine with a cooked guinea pig.

The painting and the festivals are proof of how ancient guinea pig meat is and how sacred it is to South American people.

Cuy guinea pigs are cute like any other guinea pig. It’s easy to feed them, and they don’t take much handling to grow up.

But they are quite big. So they need to be fed a lot more than any normal-sized guinea pig. Also, taking care of their cage might also be strenuous.

It has also been noticed that compared to other guinea pigs, cuys are not that fond of human contact. They can get pretty annoyed and anxious by us. Also, they need to be socializing a lot with their own kind.

So you might have to take care of more than one cuy guinea pig, which is, again, more strenuous.

1. Is Cuy guinea pig for sale?

Cuy guinea pigs are for sale. But they are not that common in America as pets. But they are getting popular in North America. There are many people in South America who keep them as pets and also breed them to be used as livestock.

Cuy guinea pig originated in the Andes and of the Cavia genus. They are of the same kind as normal American guinea pigs, but they were not found naturally in the wild. They were specially bred by indigenous north Americans to be used as livestock.

It’s not illegal to eat guinea pigs in America. But it’s still not taken well by society as they are most popular as pets. There was also an incident where a New Yorker called 911 to see someone grill a guinea pig in a park.

Guinea pigs are quite popular for their characteristics, features, traits, and behavior. Their unique fur coating makes them look adorable. The way they look when they are munching on some food is a personal favorite of many guinea pig fans.

But these adorable animals can also be used as food. Cuy guinea pig is used as livestock and originated in South America. There are many food items based solely on cuy guineas.

Regardless, they can also be kept as pets. You can also open up a cuy guinea pig farm in legal places to produce meat. No matter what, they need to be studied so that you can take proper care of them. 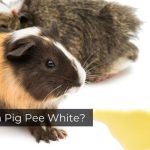